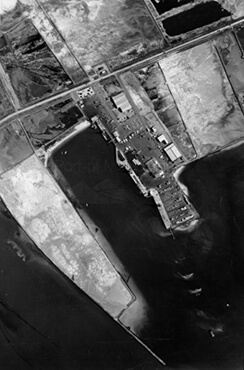 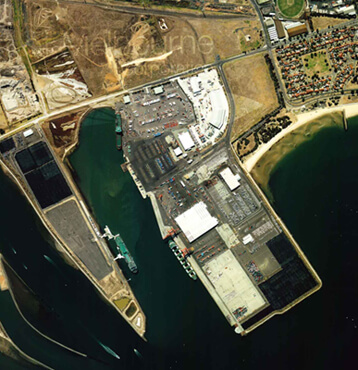 Formerly known as the River Entrance Dock, Webb Dock commenced operations in the 1950s primarily to transport cargo and motorists to and from Tasmania. International container handling was also an essential feature of the facility for many years up until the 1990s.

Webb Dock has since evolved to become the largest automotive terminal in Australasia for the export and import of cars, handling around 1000 motor vehicles per day on average.

The dock is named in honour of former Melbourne Harbor Trust commissioner, J. P. Webb OBE, who was Chairman and Managing Director of the Victorian Producers’ Co-operative Company Limited and was first appointed to the Trust in 1941 as an exporters’ representative.